The Drexel lost one of its major champions this past weekend. Frank Gabrenya, long-time film critic for The Columbus Dispatch and a manager of the Drexel during the summer of 1988, died on Saturday, February 5. Though I only met Frank a few times, he was an influential figure in my life. As a budding film freak growing up in Columbus in the ’90s, Frank was one of four critics I regularly sought out; I taped Siskel & Ebert every week, and read Glenn Kenny’s articles in Premiere magazine each month. While those three were excellent sources for global releases, Frank was vital in directing me to films I could actually see in Columbus.

The independent film market was flourishing in the ’90s, and the Drexel was a smorgasbord of fascinating, offbeat films that rarely played at places like the AMC theaters that used to be on Hamilton Road. Frank’s passion for movies helped introduce me to both classic filmmakers (notably Billy Wilder and Some Like It Hot) and then new talents who are still creating fantastic work in the 21st century: Quentin Tarantino, the Coen brothers, Richard Linklater, Sofia Coppola, Wes Anderson, and Paul Thomas Anderson (whose newest film, Licorice Pizza, is celebrating its eighth amazing week at the Drexel). It was Frank’s positive review for a movie that drew me to the Drexel for the first time. I came with my father in the spring of 1997 to see the magnificent Sling Blade, Billy Bob Thornton’s Southern Gothic directorial debut. I loved the movie, fell in love with the theatre, and became a dedicated customer. I am now coming up on my fourth year as a staff member with the Drexel. I’ve been fortunate to work with and befriend Frank’s son, Alan, who spent nearly fifteen years with the theatre, recently departing for a new job. Alan possesses the same passion for movies that his father did.

Three stories about Frank. One from me, two from Alan.

Story #1: I would cut Frank’s articles out of The Dispatch when I was a teenager and keep them in a scrap book along with my movie ticket stubs and other pieces of film ephemera. When Stanley Kubrick died in 1999, Frank wrote an excellent, sober assessment of what Kubrick meant to him as a film lover. While other critics were celebrating the man as something of an unimpeachable figure, Frank wrote of his hot and cold respect for the filmmaker.

“I won’t pretend that Kubrick was one of my favorite directors. I hold Paths of Glory and Dr. Strangelove in high regard, and moments from most of his other films are still as provocative as they were on first viewing, but each seems open to valid criticism in ways the work of a master should not.

Still, I always confronted a Kubrick film with grave anticipation, if only because I knew I was about to be taken somewhere – in locale, character, emotion, intellectual exploration – I had never been. That was true of every Kubrick film, and it will be with his last.” 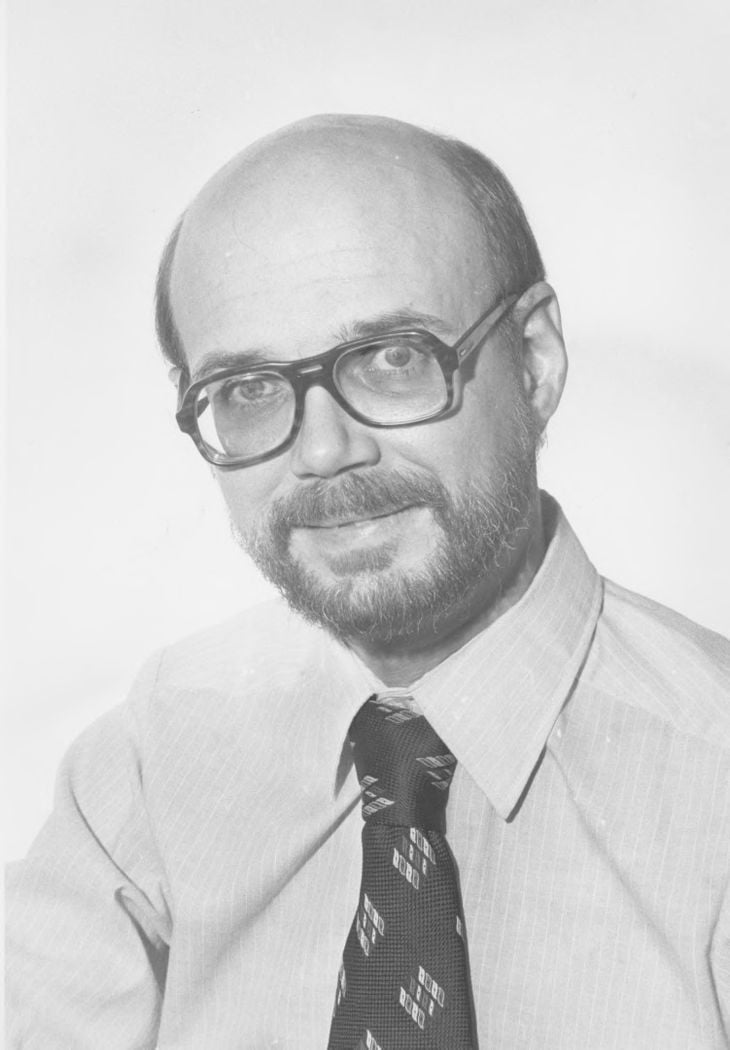 I found this clipping recently when I was moving. I took a picture of it, and texted it to Alan. He said Frank got a kick out of seeing his old work. I was happy to hear that. Frank’s refusal to adhere to blind praise was always welcome and refreshing. His kind of critic is becoming rare. Many of the modern critics listed on sites like Rotten Tomatoes mostly function as PR reps for whatever bland nonsense the studios release, making the loss of Frank’s independent voice all the greater.

Story #2: Frank helped operate the theater in ’88, the same summer that saw the release of Martin Scorsese’s brilliant and controversial adaptation of The Last Temptation of Christ. Someone recently shared a picture of the Drexel when it played the film. A mob of protestors stands out front with signs decrying the film. Another mob carry signs that mock the protestors. A news crew is filming the scene. Bomb threats were being called into the theater every hour. Frank, apparently willing to die for Scorsese, would go through the theater multiple times a day to make sure no one had planted a bomb or was hanging out in the fire escapes with a weapon. That is a dedication to art and freedom of choice that I admire.

Story #3: Frank only lived five minutes from the Drexel and would try to schedule preview screenings at the theatre whenever he could. Screenings were typically held on a Saturday morning. Frank would come the theatre. Then owner Jeff Frank would often have one of Frank’s favorite treats waiting for him: a cranberry nut muffin. If Jeff couldn’t procure a muffin, Frank would sometimes be a grump and give the movie a middling review. Jeff, never wanting a movie he played to bomb, always tried to make sure the muffin was there, tracking one down like he was Indiana Jones searching for the golden idol in Raiders of the Lost Ark.

You have your own stories of Frank Gabrenya, whether you knew him personally or only through his writing. Keep his family in your thoughts. Think of him next time you watch a movie. Thank him for helping to nurture your love of film.

From all of us at the Drexel, thank you, Frank.