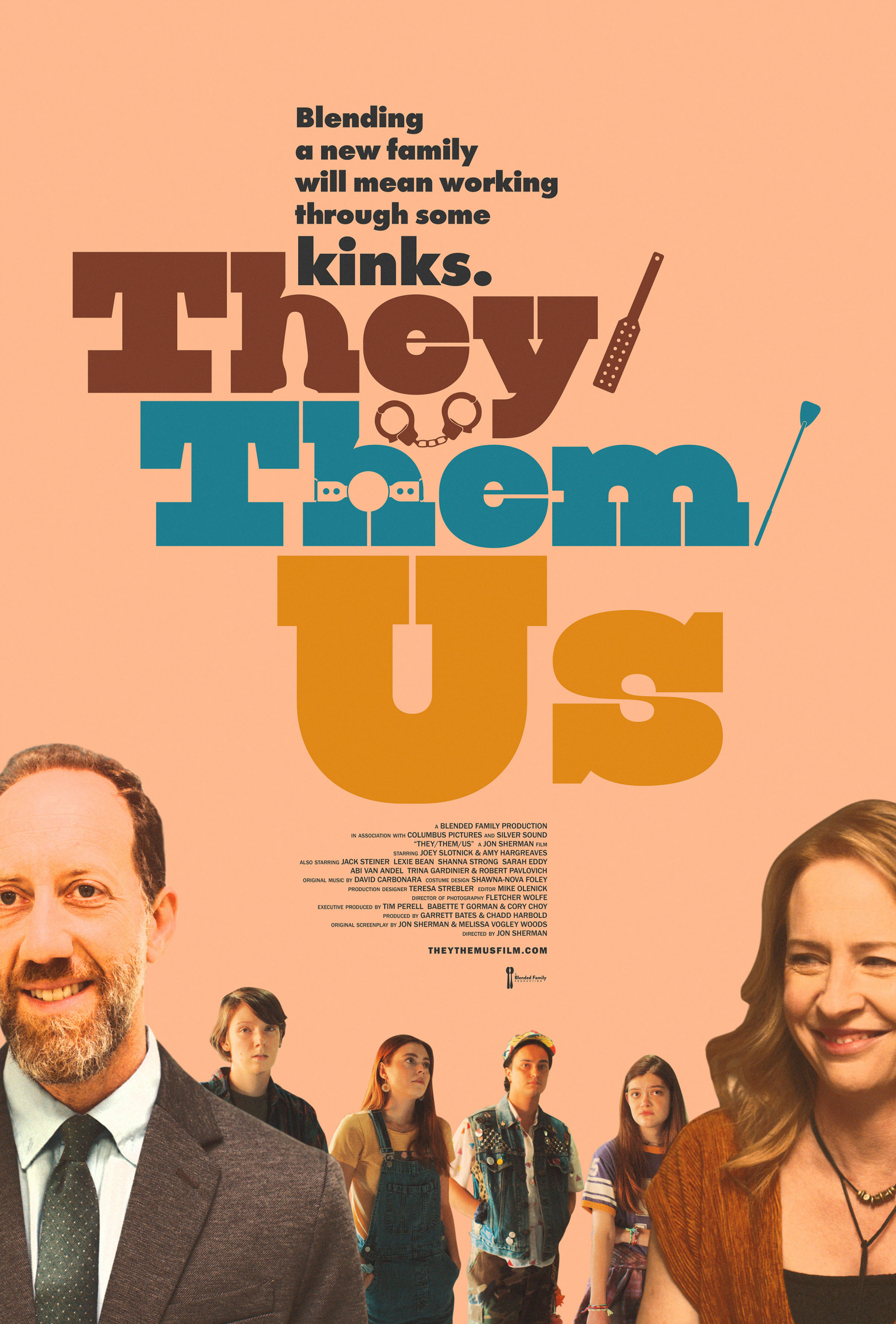 Written and directed by Jon Sherman

They/Them/Us tells the story of Charlie and Lisa, two divorced parents in their forties who find themselves at a midlife crossroads. Both are single parents and they have four complicated teenagers between them: one non-binary gender kid, one who orders his weed through the mail, the outspoken one, and last but not least, the “good” child. Lisa and Charlie meet on a dating site, fall madly in love and move in together way too soon. They/Them/Us is the story of how they manage the challenges of parenting some very demanding teenagers while trying to juggle their new relationship.

Selected to be the first production of the Columbus Pictures Film Fund, the production was also awarded the Ohio Motion Picture Tax Credit.

Written and directed by Jon Sherman (Breathing Room and I’m with Lucy), professor of film at Kenyon College, Sherman also sits on the boards of both the Drexel Theatre and Film Columbus, and is an active spokesperson for the development of central Ohio’s burgeoning film industry.

Jon will be in attendance for a Q&A during the 7 pm screening on January 28. Film runs January 28-30.

We’re thrilled to welcome you back to the Drexel! We’ve implemented several health and safety measures to provide an enjoyable and safe experience for you and your family.